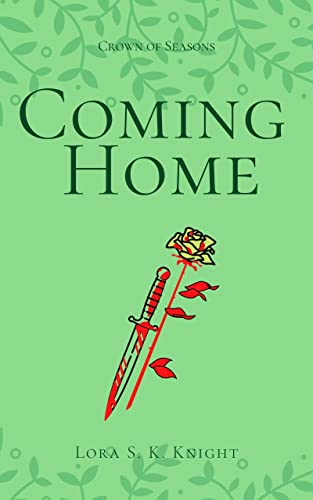 Two weeks ago, Abend watched helplessly as her parents were slaughtered in the chaos following the High Queen Autumn’s murder. Orphaned and on the run in a wintry mortal forest, Abend stumbled upon an ondine who promised to take her back to Faerie–but for a price. If she agreed to protect a certain faerie child with her life, then she herself would be given protection, shelter, and what’s more…a home.

But Abend had failed to prevent her parents’ death. How could she now hope to protect a girl who is prophesied to become queen? The reigning queen of this backwater realm of Faerie has plans to commit a murder of her own….

Coming Home” is a prequel short story introducing the characters of the Crown of Seasons world.