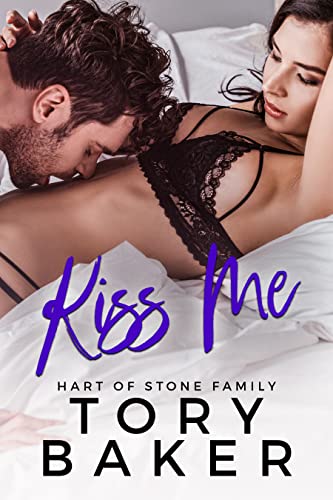 Kiss Me (Hart of Stone Family Book 3) by Tory Baker

Montana Rose is off-limits, or she’s supposed to be, but that doesn’t stop me from going after my sister’s best friend, though.

I called him, needing someone to pick me up from a night of one too many margaritas. Little did I know Asa would give me the ride of my life. The only problem is we have to keep our relationship a secret from his family, along with my best friend, his sister.

I’m known for being the jokester, the one who’ll never get married, the one that says every inappropriate thing at the wrong time. That all changes when Montana takes a chance on me. The personality that I used as a smokescreen is gone, and in its wake is a man that wants his woman.